A Dumb Blond In Charge Or A Malign Force? 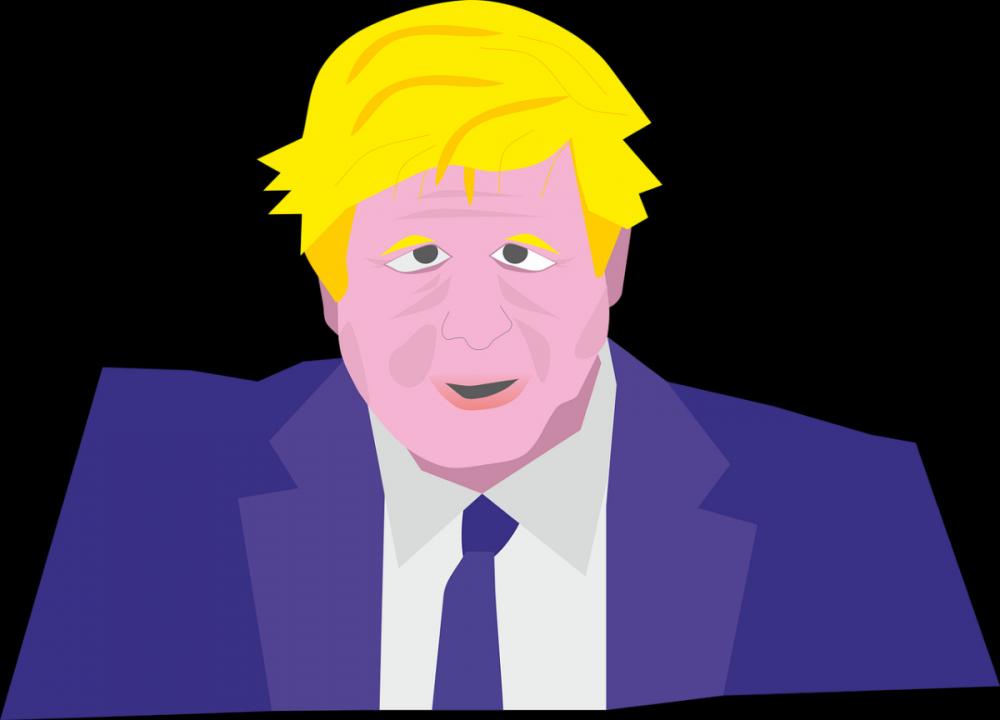 The national death toll from Covid-19 recently soared past 100,000. We are the first country in Europe to reach that milestone, and now have the fifth-highest mortality rate in the world after the US, Brazil, India and Mexico. Imagine how much worse it might have been but for our world class track and trace system!

Imagine, too, how many more would have died had the government been less competent! We have it on the word of the tousled blond they have done 'everything possible'. No effort was spared to ‘send the virus packing’, Mr Johnson has said in choice phrase.

So we should deeply lament the deaths but put them all down, shall we say, to an act of God. Some God that would countenance that, by the way. No we should not. Most people I speak to think otherwise and specifically blame Johnson’s lack of leadership, last-minute U-turns, mixed messaging and wilful cronyism.

Sir Keir Starmer, no Nye Bevan, implacably railing against the faux Churchill, recently used his weekly parliamentary opportunity to cross examine the witness, to ask for an explanation. He put it succinctly: “The question on everyone’s lips this morning is: why? The Prime Minister must have thought about that question a lot. So could he tell us why he thinks that the United Kingdom has ended up with a death toll of 100,000, the highest number in Europe?”

Unfortunately, there was no very succinct answer but Johnson did say, blusteringly, “I and the Government take full responsibility for all the actions I have taken, ahem, we’ve taken, during this pandemic to fight this disease. And, yes, er, there will indeed be a time when we must learn the lessons of, er, what has happened, reflect on them and prepare.”

He added that the moment to do it was not now, in the midst of the infernal crisis, but to, er, get on with “roll[ing] out the fastest vaccination programme in Europe.” We’ve moved on from world class to merely European supremacy, I see, a clear indication someone is learning to rein in the hyperbole, but just a little.

We can see, too, the old white paper ploy on the horizon: the judiciary enquiry led by our old friend Sir John Safehands - soon to be Lord Safehands - whose methodology will be so rigorous as to need ten years of close investigation, leaving no stone unturned in order to get to the redacted truth that it wasn’t quite as we thought.

Johnson was understandably not prepared to discuss how many of those 100,000 could be directly ascribed to failure to follow scientific advice to lock down early enough, or the release of patients from hospitals into care homes without adequate testing or from obeying the Chancellor’s obscene invitation to have a virtuous meal on him. Rishi Sunak bizarrely became popular on the strength of this insanely dangerous profligacy.

Of course, if one were looking to find excuses for Johnson, it might be said that much of the reason for failure predates the current regime. The UK had 2.5 hospital beds per 1,000 population, at the start of the pandemic, compared with Germany's eight and France's 5.9. Spending on health is one third that of Germany. We don’t have anything like the per capita number of doctors and nurses that most advanced nation have. That is something that must be remedied but will it?

It was the public wot did it

Recently, I have detected growing attempts to blame the public. I noted it first, I think, when the Health Secretary, Matt Hancock, anaemic-looking and no very good advert for his post, suggested people were ‘taking the mickey with the rules’, finding naughty ways to exploit them in order to socialise rather than merely take exercise. He also repeatedly used the weasel word ‘flexing’ the rules rather than the outright ‘breaking’. They are no doubt feeling their way into this one, testing public opinion and tolerance.

My mind flashed back to that Sunday morning in April when, I think, he was one of four cabinet ministers to come out on Twitter with ludicrously choreographed claims that Dominic Cummings had acted in good faith. I can’t be bothered to reprise the details of that. No one can have forgotten even though Cummings once the Government’s main man is now long gone.

About 75,000 people have been fined for breaking the rules, I learn, with many facing prosecution for not paying. Many are being dragged through the courts, often behind closed doors. Strangely, very few employers, if any, have been prosecuted for forcing employees to break rules that specifically exist to save lives, and protect the NHS.

Why, pray, is legislation introduced and duly policed to prevent friends socialising on open-air walks, while so many crowded workplaces, clearly not Covid-secure, remain open for business, given what we know about how the virus spreads. Recent research by the Trades' Union Congress found that 70 per cent of workers did not feel particularly safe at work. There is considerable documented and anecdotal evidence that workers have no option but to work if they feel ill, because they simply cannot afford not to.

At the insistence of the Chancellor, who has resisted lockdown measures, and prioritised economic interests over public health, more than two million manufacturing workers remain at work, construction sites are open and the building trade is apparently flourishing. In August, remember, ministers leaked a suspicion that employees failing to return to the workplace risked losing their jobs. Their campaign spearheaded by the detestable Daily Telegraph has some partial success and many people working from home duly went back to their offices, coinciding with the spectacular second wave of the virus.

Of course, it’s easier to whip up a media witch hunt against the rule breakers, get the public onside in denouncing their neighbours, than it is to address the problem of our social security system having been decimated since the crash of 2008. Thatcher would have approved, voiced the certainty that the problems were caused by individual failings of the feckless population, and employed precisely the same tactic. We know. We know.

The general public has overwhelmingly accepted the spirit and actuality of the mass infringement of their ancient freedoms even after Dominic Cummings demonstrated the apparent flexibility within the system and notwithstanding the confusions of the tier system that in extreme cases saw people on opposite sides of the street being subject to different rules.

After Covid-19 has been beaten, if not before, the Prime Minster, cabinet ministers, civil servants and scientists must all be held to account. We need to know the extent they wilfully underestimated the threat, were deliberately slow to act and negligently failed to co-ordinate the country’s response. And we don’t need ‘Jonny’ Safehands heading it up. If criminal negligence is discovered or the wilful mis-appropriation of public funds is proven, then custodial sentences must be served. We are talking here about wholesale loss of life not just a bit of bunce bound for the Caymans.

Johnson has said he takes full responsibility for all actions taken. Fine. So he should be prepared to be held to account. In real terms, however, I suspect there will be an almighty super-driven institutional cover-up - and attempts by the Government to use its own failures as reasons to further privatise the NHS.