A Different Perspective: The Other Side Of Truth By Beverley Naidoo, Stone Cold By Robert Swindells

I have said before that literature affords us experience outside of our own existence, be that escapism into the fantasy of science fiction and mythical, magical worlds, or stepping into historical periods or geographical settings we know little about. Importantly, books can also help us to see a different point of view and with so much in the news these days about the need for tolerance, acceptance and understanding of those who are different from us, in whatever way, literature has an important role to play.

In a recent interview with the TES, the author Lee Child said, ‘I remember Bill Clinton saying that he read books to help him “learn how to do it better”. Barack Obama’s the same: always reading.’ Who could say it better?

It is very easy to be dismissive. Who walks past the homeless man, wrapped in a sleeping bag, begging for coppers, and really considers what brought him there? How many people view immigrants with mistrust, under the misconception that ‘they only want our benefits’ or, ‘they take all our jobs’? A sad viewpoint but shared too often by too many thoughtless or needlessly fearful people. One way of redressing the balance is to encourage young people to read books which show the other side of the coin - books which make us stand in someone else’s shoes – if only for a moment.

One such book is Beverley Naidoo’s The Other Side of Truth which relates the story of two Nigerian children, hurriedly sent, without papers, to their uncle in London after their mother is murdered by the military regime in power at home. Their father is a journalist in Nigeria, not afraid of speaking the truth about the tyrannical rule in place, but his family is made to pay. The children need to flee, and quickly, in fear of further repercussions, but their predicament is made worse when, once in England, they are abandoned by their escort, a woman who has been paid to smuggle the children to safety. They become illegal immigrants and need refugee status, but fear for their father’s safety if they seek help. 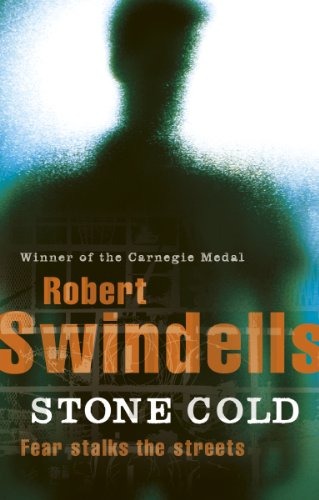 Unable to find their uncle in a strange city, they move from one disastrous situation to the next. They meet many people who lack understanding and who take advantage of their vulnerability, but for the reader, there is, throughout, sympathy for the children, who are, after all, innocent in all this. I won’t reveal the ending but you do have to read on to the very last page so as not to miss the final detail.

Their flight is justified and hopefully the reader will relate to their predicament and appreciate their need for safety in a welcoming country. The story is fictional, but it makes references to real political events in Nigeria, most notably the execution of the poet, Ken Saro-Wiwa, and by so doing, it maintains a sense of credibility.

The other book, I’d refer you to is Robert Swindells’ Stone Cold. Very different in tone, it follows the experiences of Link, a teenager forced to leave his home in Bradford, who finds a new life on the streets of London. You want to swing for Vic and shake Link’s mum, and as for the Landlord, well, Link’s naivety doesn’t help, but ‘heartless’ is a fair description of the rat-faced villain. There is a community spirit among the homeless (after Link gets over the first night of frightening reality, sleeping in a doorway), although Swindells’ description of life on the streets of London shows they are definitely not paved with gold.

The antagonist in the story, who adopts the pseudonym of Shelter, embodies every prejudice: ex-army, with no sympathy for those he sees as the idle down-and-outs who litter the streets. Yet his own difficulties are also hinted at - trained by the Army but left to cope without support when he is suddenly forced to retire on medical grounds, from years of institutionalised existence. His actions are extreme to say the least, yet in his own mind, wholly justified. The drama becomes a little macabre and detracts from a sense of realism, yet the conclusion comes as something of a surprise.

This short book, interestingly structured so as to give alternating points of view, does at least offer a response to the Solcredulists amongst us (read it to see what I mean), and offers another example of literature’s propensity for yielding a different perspective, and perhaps helping us to shed some of our misconceptions.


The Other Side of Truth is published by Puffin


Also by Artis-Ann ...
The Greatest Doublecross In The History Of Espionage: Our Friends In Berlin By Anthony Quinn‘Goddesses, Housewives Or Whores’: Women Of York By Claire Shaw‘You Have To Know Your History If You Want To Put Things Right’ : Charity By Madeline DewhurstPractise To Deceive: Transcription By Kate AtkinsonJamaica Inn By Daphne du Maurier - A Review