A Brief History Of Gin

Gin’s been around for the best part of 500 years. Dutch apothecaries were adding juniper berries to tonic drinks in the 16th century, to mask the harshness of the malt wine base. They named the drink Jenever, the Dutch word for juniper. A century later, they had switched to distillation to refine the base a little but continued to add juniper. Because Jenever is distilled from malted grains, its taste has much in common with that of whiskey, but with the added bitterness of the juniper berries.

English sailors and soldiers, returning from campaigns abroad, had already been bringing back Jenever for a hundred years when William III, a Dutchman, came to occupy (with his wife Mary II) the thrones of England, Ireland & Scotland. William pursued a trade war with France, introducing heavy import duties on French wines and brandy. British drinkers turned to Jenever, and it became so popular that Dutch distillers could hardly keep up with demand. English distillers stepped in to fill the gap in the market but used more neutral grain spirit, rather than the malt favoured in the Netherlands. They borrowed the Dutch name, though, and it became shortened to ‘gin.’ Subsequent governments gave the drink a further boost by easing taxes on distillers to promote British production.

By the early 18th century, gin was said to be cheaper than beer, making it the drink of choice for those with no access to clean water. Many unscrupulous dealers diluted the spirit with such things as turpentine and sulphuric acid to the spirit, and it’s hardly surprising that gin came to be associated with madness, destitution and early death. The government tried to address this by restricting the right to make gin, introducing the distiller’s licence that we still know today.

Until the 1830s, gins were sweeter than we think of today. Sugar was added to address that age-old problem of rough-tasting spirit. In 1830, though, an Irish excise clerk, Aeneas Coffey, patented modifications to the column still that allowed it to produce a much lighter, purer, smoother spirit. Distillers no longer needed to add sugar, and the London Dry style emerged – bitter, sharp & clear, giving it infinite versatility. Today, ‘London Dry’ denotes a style of gin, not a geographical origin. It’s a clear spirit that has been distilled with roots, berries and seeds to flavour the spirit. By law, a significant proportion of these flavourings must be juniper. Angelica and coriander are the most common other ingredients. No additional sugar is added. ‘Old Tom’ is an older style of gin that is enjoying a bit of a revival as modern drinkers seek out different experiences. It is made with fewer, stronger flavourings and sweetened after distillation. 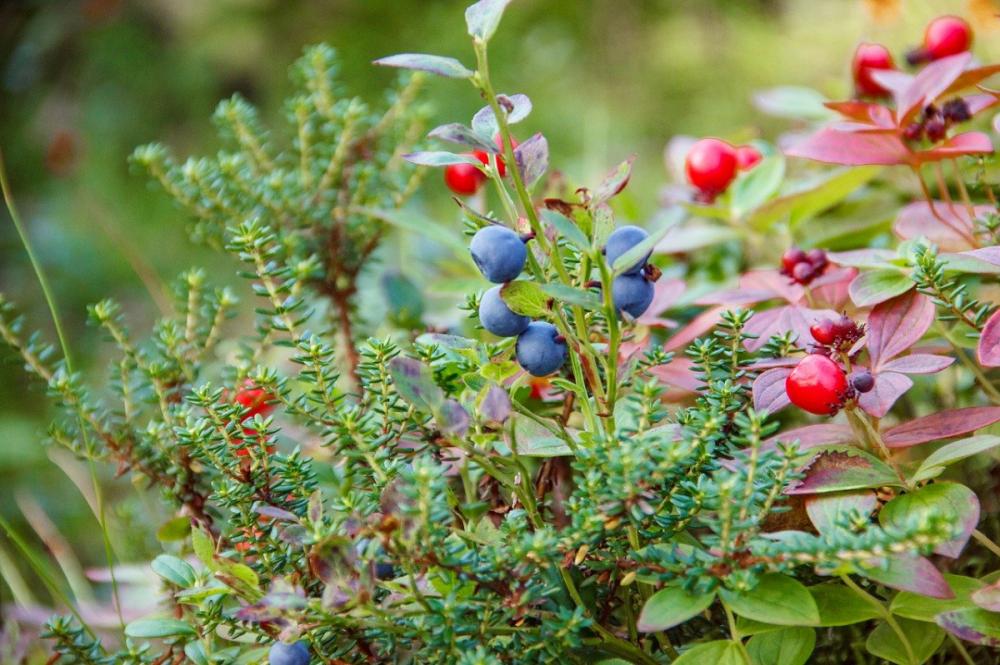 Juniper berries
Our classic G&T was born out of medical necessity. As the British Empire expanded, British travellers needed to take quinine to keep malaria at bay in hot climates. Quinine powders tasted horrible, so they were mixed with sugar and soda to make them palatable. (Sounds familiar?) This is your basic tonic water. Why gin was first added is a mystery. It has been said that it allowed bored Raj ladies to drink alcohol unnoticed, under cover of taking medicinal tonic water. I suppose there are worse reasons for creating a classic aperitif. Whatever the reasons they were first mixed, it didn’t take long to realise gin and tonic make a perfect pairing. The drink is light and refreshing, with that bitterness that stimulates the appetite and a touch of sharpness to get the juices flowing.

During the cocktail boom of the early 20th century, London Dry’s versatility made it the gin of choice for celebrity bar tenders. Its clean taste and dry finish make it ideal for mixing with other flavours. Well-known cocktails like the White Lady, the Martini and the Negroni all belong to this era, and gin found its way into all sorts of combinations, one or two of which might surprise us. Did you know that the original spirit in an Alexander cocktail was gin? It’s quite a startling drink in its original form, nothing like as reassuring as its brandy-based offspring, and worth trying out. 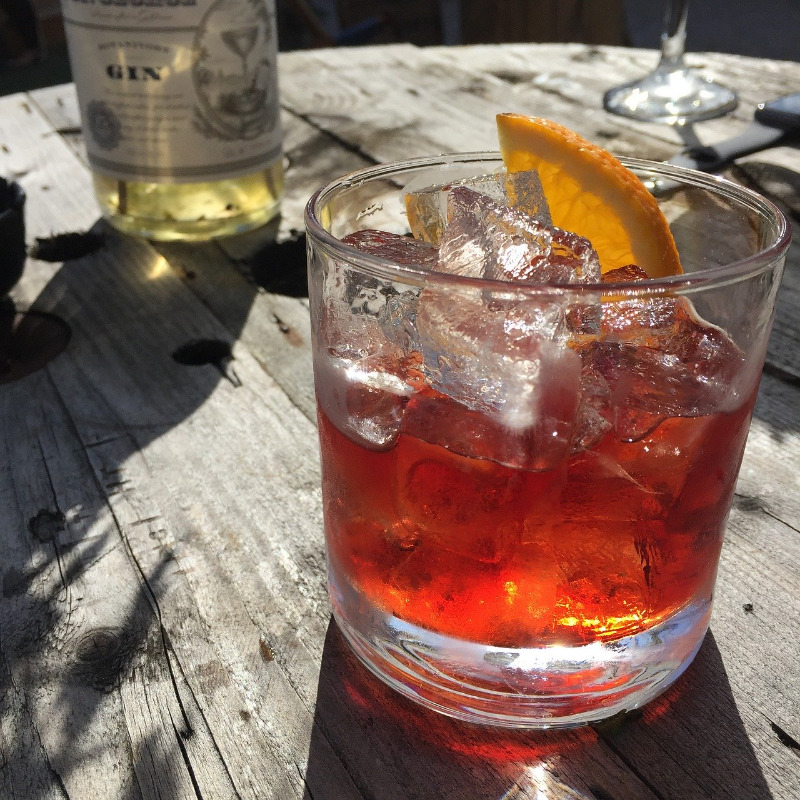 A refreshing Negroni
Place ice in a shaker with a measure of cream, a measure of white crème de cacao and two measures of London Dry gin. Shake hard and strain into a goblet. Finish with a little grated nutmeg. Gin’s popularity gradually declined from the 1950s onwards, and by the 1980s seemed to be the preserve of the middle-aged and unfashionable. However, in 1986, International Distillers and Vintners took the bold step of launching a new gin on the market. It’s main selling point was to be the large number of interesting flavourings it used, images of which were etched onto the sides of its unique, pale blue bottle. Drinkers learnt a new word – ‘botanicals.’ Sold at a higher price and alcoholic strength than most other gins on the market, it immediately positioned itself as a luxury product, a gin for the knowledgeable and discerning. What a stroke of genius! Almost overnight, Bombay Sapphire re-vivified the gin market, and it wasn’t long before other producers were looking to follow its example.


Also by The Aperitif Guy...
Dinner Party Menu PlanningGreen And Pleasant: A Celebration Of The Produce Of EnglandSimply SoupOliver Fozard: Quite a Bashful ChappieLocal 4 Lent
In 2009 The Sipsmith Distillery became the first in over two hundred years to be granted a distiller’s licence specifically for gin. A few years later, excise regulations were relaxed again, making it easier to obtain a licence for small-scale commercial production. The outcome of this relaxation, tied to the resurgence in interest in gin as a drink, was an explosion in the number of gins on the market, and this was further fuelled by the popularity of gin festivals and tasting events. Small-scale distillers, unable to compete with big brands on price, have marketed their product as local, with strong ties to their hometown or city, or as ‘craft,’ focusing on the contribution made by careful producers. In the publicity materials, family stories abound, alongside florid descriptions of rare botanicals and the unique properties of local waters.

And here we see one of the challenges of the current boom. Local sells, but ‘local’ gins are not always made in the town whose name they bear. I know, for instance that York gin is distilled within the city of York. Masons Yorkshire Gin has just returned production to Leyburn after a short exile forced on them by the fire last April. Sing gin is distilled in the village of Kettlesing, in the Yorkshire Dales. Many other producers are rightly proud of their connection to the local area. There are one or two, though, that use a local connection for branding while outsourcing production to large distilleries in Birmingham, Liverpool and London. Is this a problem? If the gin tastes good, does it matter where it was produced? Well, yes and no. If I’m buying it because it tastes good, that’s all that really matters. However, if I’ve been persuaded to buy because of its connection to a particular town or region, then I’m making a choice to support employment in that area and should be able to have confidence that most of the work done around this gin is done in the area named.

When a drink becomes as fashionable as gin has, more and more people will want to try it. This has got to be a good thing. In the past, if you tried a drink and disliked it, you moved on. With the gin boom, what seems to be happening is that drinks manufacturers will quickly bring out a new gin with novel and interesting flavours, giving a seemingly infinite variety of gins to try, until you find the one you like. The history of gin is one of changing the flavour to make it more palatable, so these drinks are following an honourable tradition. We know that young palates are particularly sensitive to bitterness; it’s the reason children dislike sprouts. We also know that they have a low sensitivity to sweetness, which is why they love the candy floss and seaside rock that adults find too sickly. However, what gin has always had, what gives it its name, is the bitter, astringent taste of the juniper berry. There are hundreds of new gins on the market every year, many of which are highly sweetened and flavoured of all kinds of things that mask the juniper. They are clearly aimed at younger drinkers. Are they made for people who dislike bitter, juniper-led gin but want to be seen to be on trend? I suspect these sweeter drinks wouldn’t sell half as well if they were re-branded as flavoured vodka.

Consumer regulations require that any product calling itself gin be above 35.5% ABV and taste predominantly of juniper. While the first of those conditions can be objectively verified, the second one is really a matter for the individual’s response. We mustn’t impede creativity and experimentation: they are vitally important in our food & beverage industries. However, there are those who fear gin is in danger of losing its 500-year-old, bitter identity.

I imagine the bubble in the gin market is going to burst fairly soon. I’m confident that once it does, many of the new gins will survive, especially those from smaller distilleries that have cultivated a loyal consumer base. They have captured hearts and palates and deserve to last. London Dry will continue to be the dominant style, but the interest in older styles like Old Tom and Plymouth will last. Some of the flavoured gins (I’d have a punt at the rhubarb, orange and gooseberry ones) will have become so well established that we will forget they were ever new. I can’t see the more exotic and outrageous ones surviving, though. We may well come to remember them with the same slightly embarrassed nostalgia we now have for Cherry B, Taboo or Hooch.