image by attanatta
The Twelve Days of Christmas is a song we're all familiar with at this time of year, even though a lot of us can't remember the order of the gifts.

The song is actually an English Christmas carol which was written so that it could be sung in public without fear of arrest – it was in fact a learning or memory aid for Christians.

The Twelve Days of Christmas are actually the twelve days between Christmas Day, 25th December, which is the birth of Jesus, and the Epiphany, 6th January, the day Christians celebrate the arrival of the Magi (Wise Men) and the revelation of Christ as the light of the world.

The Twelve days of Christmas had quite a serious purpose when it was written. Each verse refers to a teaching of church doctrine — with the Partridge being Christ who died on a tree and the 'True Love' being God the Father, who gave us all the gifts.

But another theory is that the 'secret' origins of the song 'The Twelve Days of Christmas' is nothing more than a fanciful tale, similar to the many apocryphal 'hidden meanings' of various nursery rhymes.


What the symbols mean: 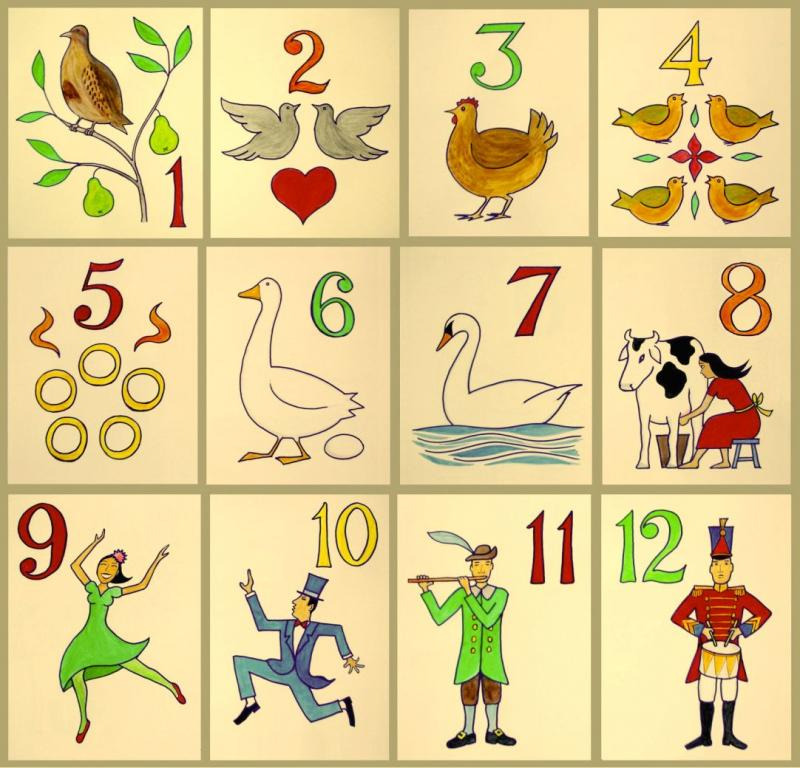 So next time you hear the familiar words you will understand what they all mean.
Also by Jan Harris...
Milwaukee Brewers Baseball CommissionThe Sturgeon Moon Is The Last Supermoon Of 2022Summer Cocktails To EnjoyAnother Supermoon In JulyWorld Chocolate Day 2022